Learn a simple and powerful technique to reduce pain

The most powerful tool any of us have and probably the least well understood in its workings is our mind.

Utilizing intention and imagination, I will show you how, within less than a minute, you can rewrite the neural pathways and change the level of pain you feel.

You can apply this anywhere and for any type of pain. Or you can show it to someone who needs it.

How I have used this method

My mother called me on skype one day, normally it would be my father as he would be in charge of the smartphone. She told me how they had been up all night as my father (in his seventies) could not sleep because of severe toothache. I could see him hunched on the sofa next to my mother, eyes closed with the discomfort it was causing him.

They had booked to see the dentist but that was not going to be until late that day. I asked dad on a scale of zero to ten (ten being the worst) how bad it was. He replied eleven. I said to my father, "Do you want to reduce the pain, so you can get on with what you need to do?"

I ran him through the process and the pain came down to a 2 within 5 minutes and he was able to get on until his appointment.

We kept a little pain just to remind him of the importance of ensuring that he saw the dentist later.

I don’t often get burnt cooking, but I was preparing dinner one day and had a roast in the oven. I could smell it was nearly done and everything else was coming together on the stove, boiling vegetables and everything else. I went to check the roast in the oven and as I reached in I seared the skin on my forearm, I could smell the hairs burning over the roast. I immediately put my arm under the tap but it was already burnt and painful. As I was doing what I could to take care of the burn, I didn’t particular feel the need to keep the pain, so I used the technique to get rid of the pain.

I was working with a lady, who as it turned out had fibromyalgia, so lived with persistent pain on a daily basis, to show her that she could change the level of the pain, without pain killers. I ran the technique with her. On a scale of zero to ten, it was a four at the time for her. She had pain in different places, so we chased down the different points taking them down to a zero. Her eyes just widened in shock. It was the first time since she had developed the condition that she had no pain. For her the pain did creep back sometime later, but it did offer her a powerful method of relief when she had powerful flair ups. In instances like this it takes time to explore the body’s protective programmes to figure what changes to make so that this type of change becomes permanent. 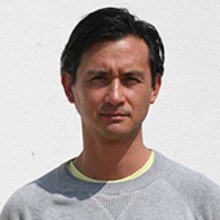 To become graceful and excellent at whatever you choose to do is something I have always wanted to know.

This is my journey which will develop and evolve continually through  the rest of my life and I hope that it can spread in to yours even in a  small way.

I re-focused my attention to this outcome a few years ago now in  earnest, not being satisfied by what I was doing and achieving at the  time which wasn’t really what I wanted. So I set out to see how could I  change this and actually succeed in my own way.

It took me a lot of thinking time to decide on what to offer, but offering chronic pain relief and removal as a primary service,  offers a dramatic change to someone suffering in life so that they can  begin to build their journey by cutting away that blite on their life.  This is one of the simpler changes to make, though conventional thinking  indicates otherwise, or I call it conventional brainwashing.

You only need to clear a bit of old crap away to see the diamond  underneath, then it’s designing what you want to do with it. Make the  future you want now that you realise you are free to. I love creating a  vision and understanding how to make it happen.

The skills that I am learning and teach and apply are termed, meta  skills meaning they can be applied by anyone in any aspect of life to be  excellent, whether its for sport, healing, at business, relationships,  spiritually or life.

You decide on your intent and give yourself the edge.

Best of all it's FREE, so share it, everybody should know this. Children, adults its a life skill.